As of January 2023, The Little Mermaid is the biggest show that Hale Centre Theatre has ever put on, and I was fortunate enough to be cast as King Triton in the landmark production. 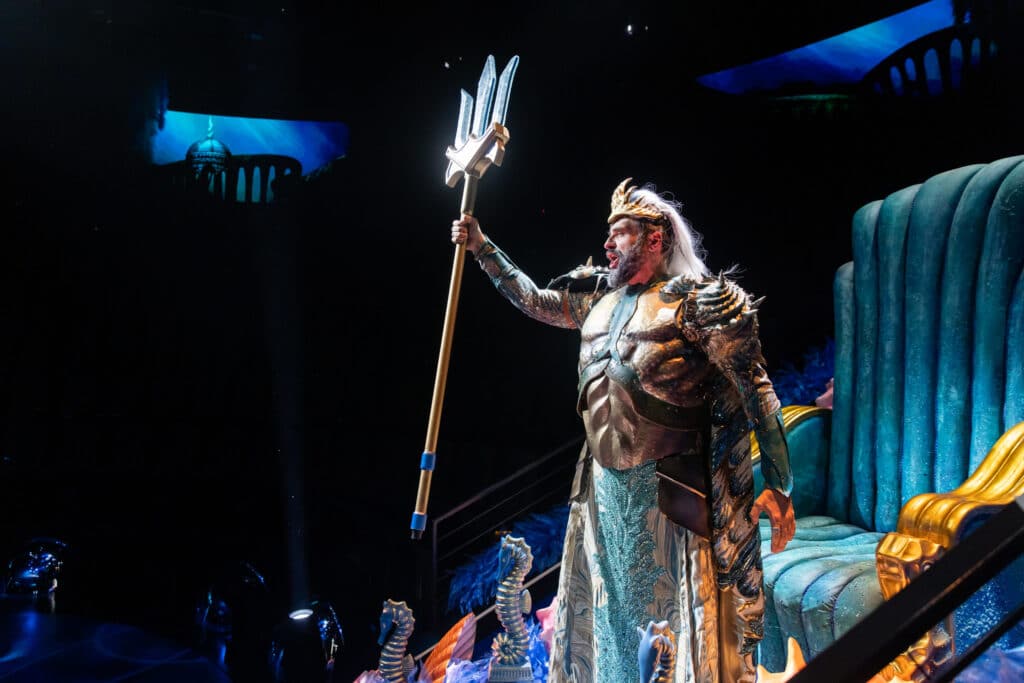 Triton has been such a fun role to play. He only appears in a handful of scenes, which I (somewhat) jokingly describe as, 1. Yell at Ariel, 2. Yell at Ariel, 3. Has anyone seen Ariel? 4. Learn my lesson. Joking aside, there’s a lot to convey in those few scenes. Triton is a loving father but has a bit of an anger problem. Stormy seas are a symptom of his moods, and he tends to behave like a spoiled child when he doesn’t get his way. At his core, he’s ruled by his emotions, but on the surface, he’s the powerful ruler of the oceans, rivers, lakes, and seas. 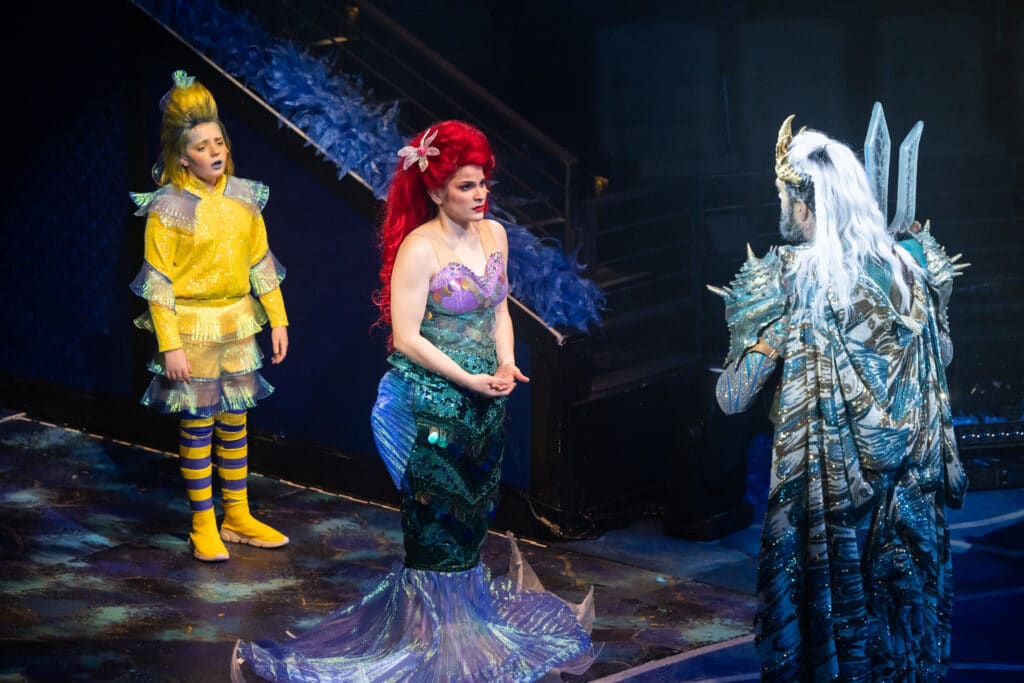 Speaking with Ariel and Flounder, photo by @LeaveItToLeavitt

The casts for the show are absolutely phenomenal. The role of Ariel is played by Rachel Martorana and Sophia Guerrero, with Summer Sloan as an understudy performing once a week. Each of these incredibly talented ladies brings something unique to the role, and I’ve loved performing with all of them. I’ve also thoroughly enjoyed working with my friend Preston Taylor as Prince Eric, and my new friend Brian Love as Sebastian. I’ve done several shows with Preston and I love every minute of them. This is my first time working with Brian, and it has been such a joy! He has an impressive resume, including many years on Broadway and in Broadway tours around the country and world. 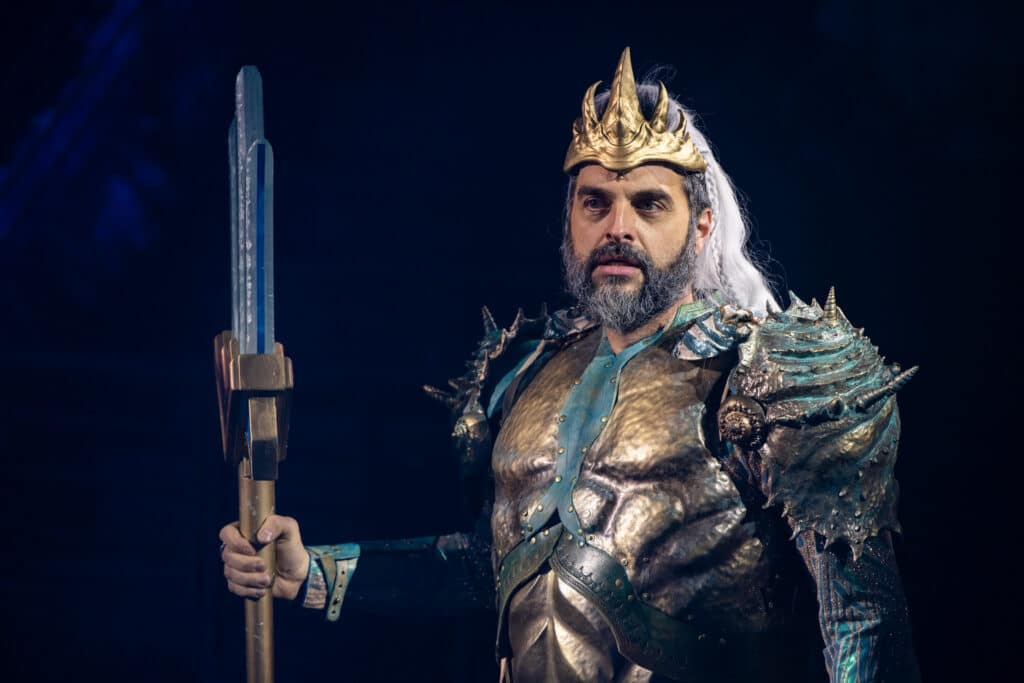 I love the armor they created for the role. It’s a little bulky, but so very cool! Photo by @LeaveItToLeavitt

We close on January 28th, and I will miss my time under the sea. There are always more projects to come, but this has been a very special moment in my theatrical career.